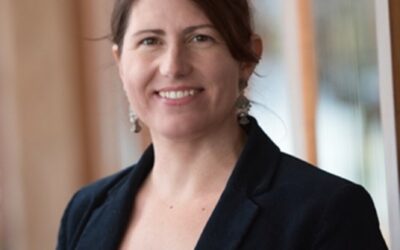 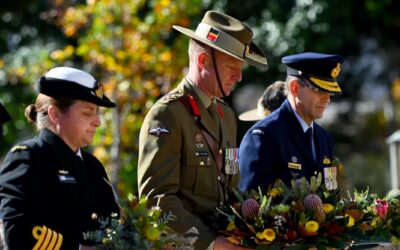 For many Australians, Anzac Day has been defined by a pilgrimage to Gallipoli. Can we mark the day differently?

After years of pandemic disruptions, crowds will once again be free to attend Anzac Day dawn services and veteran marches on April 25 this year. But what will public participation be like this Anzac Day? And with the decline of Anzac pilgrimages – especially to... 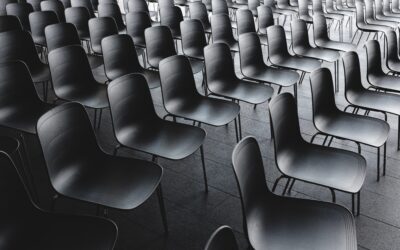 The aim of this one-day conference is to examine how sociological theories and models can be used to better comprehend grey zone conflict. Whether using cyber, diplomatic relations, trade or foreign investment, grey zone tactics sit ambiguously between the statecraft...

Military Ethics and Industry
in Support of Military Power

In this video the Australian cultural sociologist Dr Brad West examines ethical issues related to the Australian Defence Force’s increased utilisation of industry. The discussion will be informed by research in the academic fields of Armed Forces and Society and sociological theory on the values and moral codes that operate in different spheres within contemporary society. In particular, Dr West outlines the various ways that an environment for unethical conduct can unintentionally emerge from an unrefined application of market and quasi-market-type logics to the military and Department of Defence. The shift in technological expertise at the end of the Cold War from the public to the private sector means that industry is now critical to the Defence capability of nations. However, it is argued in the video that there is a need to recognise and respect the differences in culture between Defence and industry, with a failure to do so potentially resulting in an erosion of cultural identifiers that play an important role in maintaining ethical standards and limiting unethical behaviour.

Perceiving the Military Figure in Australia

We use cookies on our website to give you the most relevant experience by remembering your preferences and repeat visits. By clicking “Accept All”, you consent to the use of ALL the cookies. However, you may visit "Cookie Settings" to provide a controlled consent.
Cookie SettingsAccept All
Manage consent

This website uses cookies to improve your experience while you navigate through the website. Out of these, the cookies that are categorized as necessary are stored on your browser as they are essential for the working of basic functionalities of the website. We also use third-party cookies that help us analyze and understand how you use this website. These cookies will be stored in your browser only with your consent. You also have the option to opt-out of these cookies. But opting out of some of these cookies may affect your browsing experience.
Necessary Always Enabled
Necessary cookies are absolutely essential for the website to function properly. These cookies ensure basic functionalities and security features of the website, anonymously.
Functional
Functional cookies help to perform certain functionalities like sharing the content of the website on social media platforms, collect feedbacks, and other third-party features.
Performance
Performance cookies are used to understand and analyze the key performance indexes of the website which helps in delivering a better user experience for the visitors.
Analytics
Analytical cookies are used to understand how visitors interact with the website. These cookies help provide information on metrics the number of visitors, bounce rate, traffic source, etc.
Advertisement
Advertisement cookies are used to provide visitors with relevant ads and marketing campaigns. These cookies track visitors across websites and collect information to provide customized ads.
Others
Other uncategorized cookies are those that are being analyzed and have not been classified into a category as yet.
SAVE & ACCEPT